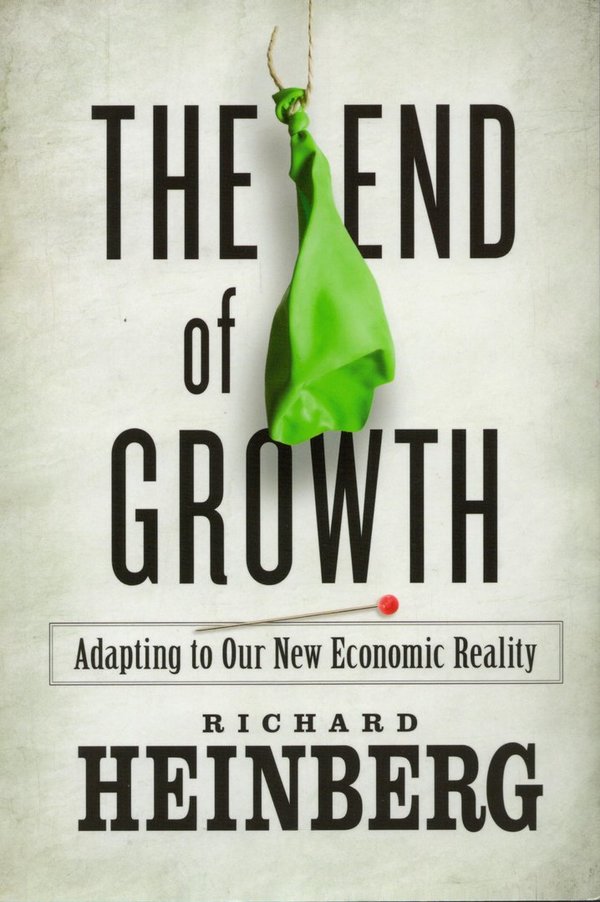 The global economy has reached a turning point. As energy and food prices escalate and debt levels explode, paths that led to economic expansion now go nowhere. The "recession" will not end in a "recovery," yet in the coming years we can still thrive―if we maximize happiness rather than the pursuit of growth at any cost.

Economics has failed us ... but there is life after growth!

Economists insist that recovery is at hand, yet unemployment remains high, real estate values continue to sink, and governments stagger under record deficits. The End of Growth proposes a startling diagnosis: humanity has reached a fundamental turning point in its economic history. The expansionary trajectory of industrial civilization is colliding with non-negotiable natural limits.

Richard Heinberg's latest landmark work goes to the heart of the ongoing financial crisis, explaining how and why it occurred, and what we must do to avert the worst potential outcomes. Written in an engaging, highly readable style, it shows why growth is being blocked by three factors:

These converging limits will force us to re-evaluate cherished economic theories and to reinvent money and commerce.

The End of Growth describes what policy makers, communities, and families can do to build a new economy that operates within Earth's budget of energy and resources. We can thrive during the transition if we set goals that promote human and environmental well-being, rather than continuing to pursue the now-unattainable prize of ever-expanding GDP.

Richard Heinberg is the author of nine previous books, including The Party's Over , Peak Everything , and Blackout . A senior fellow of the Post Carbon Institute, Heinberg is one of the world's foremost peak oil educators and an effective communicator of the urgent need to transition away from fossil fuels.