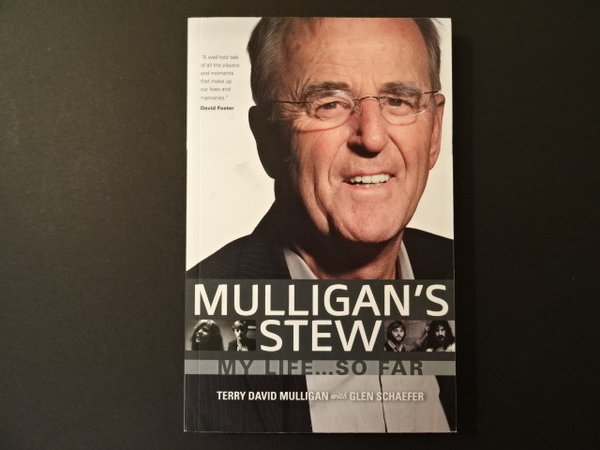 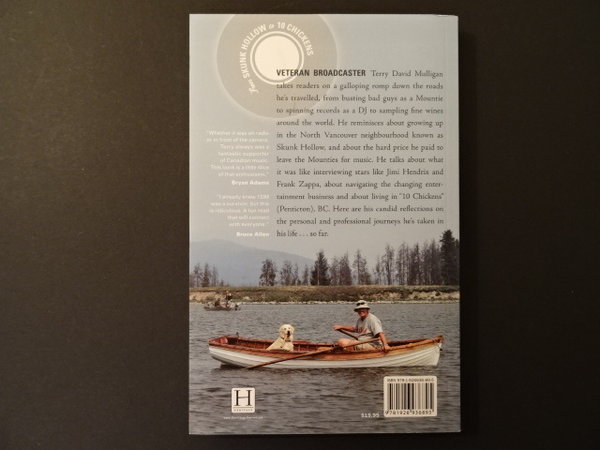 Veteran broadcaster Terry David Mulligan has been a fixture on the Canadian music scene for some four decades, and in this book the entertainment and pop culture icon shares stories of his life in, around and behind the media spotlight. He reminisces about growing up in the North Vancouver neighbourhood known as Skunk Hollow and working as a Mountie in Alberta in the early 1960s. About the difficult transition from policing to spinning records. Vancouver in 1967 at the height of the Summer of Love and hanging with Cheech and Chong at the famous and now-gone Oil Can Harry's club. Prepping feverishly, as a newbie to television, for an interview with Jimi Hendrix and shopping on Davie Street with Jim Morrison, who was looking for early Hemingway books and Beatle boots.

He's a man who's followed his passions, and they've taken him from the music world to the actor's studio to the wine industry. From Mountie toMuchWest, The X-Files to The Tasting Room, Terry David Mulligan has found his way through ups and downs, changes and defining moments. He reveals the highlights and the lowlights of his personal and professional journeys in this engaging, chatty memoir.