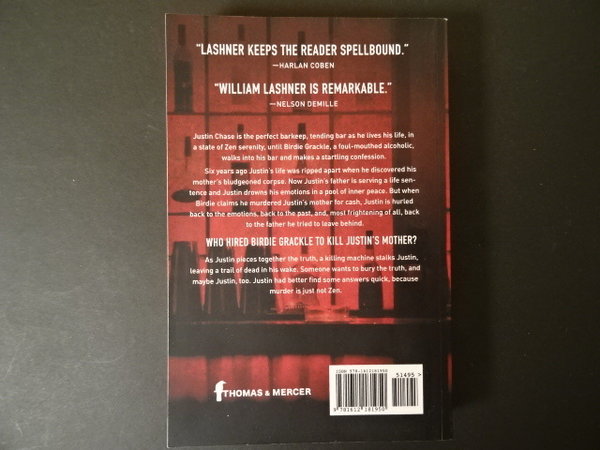 Justin Chase is the perfect barkeep, tending bar as he lives his life, in a state of Zen serenity. At least until Birdie Grackle, a yellow-haired, foul-mouthed alcoholic from Texas, walks into his bar, orders a Mojito, and makes a startling confession.

Six years ago Justin’s life was ripped apart when he discovered his mother’s bludgeoned corpse in the foyer of the family home. Now Justin’s father is serving a life sentence and Justin, after a stint in an asylum, drowns his emotions in a pool of inner peace. But when Birdie Grackle claims to be the hit man who murdered Justin’s mother for the money, Justin is hurled back to the emotions, the past, and, most frightening of all, the father he tried to leave behind.

As Justin pieces together the truth, a merciless killing machine begins stalking him, leaving a trail of dead in his wake. Someone wants to bury the truth, and maybe Justin, too. As the terror closes in, Justin had better find some answers quick, because the stakes have been raised—his life is on the line and murder is just not Zen.